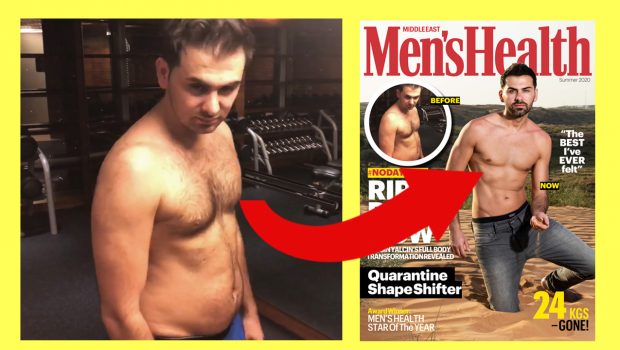 From burned out to ‘never felt better’, Saygin shares his personal journey and advice

Saygin Yalcin is renowned for being a leader in the entrepreneurship community as he often uses his platform to inspire the next generation of start-ups and trailblazers across the region.

He is no stranger to the spot-light and is not shy about speaking up for causes he believes in and often takes his 2.4 million social media followers along for the ride.

That’s why in July of 2018, Saygin visited the Men’s Health Middle East office and challenged the team to take part in the #NoDaysOff exercise challenge.

At the time, he was overworked and suffering from an extreme lack of sleep according to his doctor. “The doctor told me that if I didn’t make lifestyle changes then there was a good chance I would die in my thirties,” he explained to ITP Live. Saygin’s dream to be on the cover of Men’s Health Middle East also served as a catalyst for the transformation which was about to take place.

Fuelled by his desire to kick-start a healthy life, Saygin took to Instagram to announce the #NoDaysOff challenge to his followers. Over the course of the next six months, his followers witnessed his transformation as he updated his stories on the regular to showcase his workouts.

From July to December 2018, Saygin quite literally took #NoDaysOff and committed himself fully to a healthy active lifestyle by making changes in his diet and undertaking a strenuous exercise routine.

“Your health is the foundation for all happiness” he said.

Fast forward to December 2018, Saygin’s hard work paid off as he was the recipient of the Men’s Health Star of the Year award at the 2018 ceremony.

His hard work and dedication was awarded and Saygin was given a new lease on life. His commitment not only benefitted him physically but mentally as well. “I am now able to work for much longer periods of time, my focus is better and my quality of life is better as well,” he shared.

Now in May of 2020, almost a year and a half after Saygin received the award, he, like most of us, found ourselves at home, with little to no access to gyms or fitness centres due to Covid-19 restrictions.

As young people make up a vast majority of his followers, Saygin took the opportunity of having more ‘down-time’ during quarantine to focus on himself by reinforcing his commitment to health and fitness, in order to set a healthy example.
“You don’t necessarily need a gym, you just need to commit to healthy habits,” he said. It is true. As gyms and fitness centres still remain closed, it is still possible to maintain a healthy lifestyle even at home.

“You have to hold yourself accountable,” he explained. There is no excuse. Whether it’s through online workouts or YouTube videos, physical activity is important even while we remain indoors and there are different ways to maintain a healthy body and look after yourself.

The benefits of exercise are endless and perhaps even more important in uncertain times to keep our mental health in check.
As Saygin said, “Exercise produces the happiness hormone.” When you exercise, your body releases chemicals called endorphins. Endorphins also trigger a positive feeling in the body which are beneficial for your well-being in general.

As we approach mid-2020, we can make these days count by taking actions that improve the quality of our lives.
As he said, “Not every change is visible but it is important to be conscious of your choices and make healthy ones.”

Saygin has stayed committed to a healthy lifestyle and is proud of his success which was achieved through hard work and dedication- no shortcuts. Today, he focuses on weight training and also implements cardio into his routine.

And also, today in May 2020, a year and a half after his visit to the Men’s Health Middle East office, Saygin has now achieved his dream of appearing on the cover.

Looking for a little extra motivation? Watch Saygin’s story narrated in the video below! 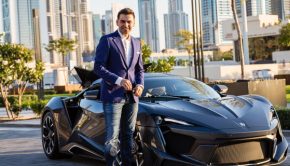