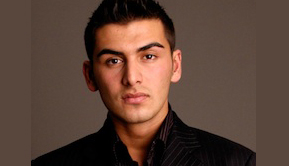 Published on September 8th, 2010 | by SayginYalcin

In less than six months from its launch in Dubai, Sukar.com, a new online shopping club where members have exclusive access to fashion and lifestyle products for a limited period, is fast gaining popularity not only in the Arab world but globally.

Explaining the concept of the site, to The Gulf Today, the Founder and Chief executive officer, Saygin Yalcin said as with all sales on Sukar.com, members are alerted about a sale 24 hours before it begins, with each one lasting about 72 hours.

“Access to the Sukar sale is restricted to those whose names already exists on the list,” he said.  This is the fastedst growing e-commerce shopping website in the Middle East, adds Yalcin.

The site which was first launched in April this year has been doing very well especially during this ongoing global economic downturn, because it offers big discounts on designer goods which is far much cheaper than buying at branded stores.

Sukar.com which operates strictly on membership, already has sales agreements with over 500 brands and offers 70 per cent off on top brands to all its members.  There is no membership fee and even no obligations to buy.

Currently, it serves the entire GCC region and parts of North Africa, but plans are in the pipeline to expand its network across the Middle East and eventually globally. Membership at sukar.com shopping club is strictly by invitation and, shoppers can only be invited by existing members.

Once the new member makes purchase of products, the person who inviting him on-board benefits by getting a US$ 25 as bonus, and this is an interesting scheme to encourage more and more members to join, explains Yalcin.

So far there are over 200,000 members and Yalcin expects at least half a million membership by the end of this year.  Most of the members are females from the GCC region, Egypt, Lebanon and Jordan, says Yalcin.

Majority stake at Sukar.com is owned by Jabbar Internet Group, which also runs the popular Souq.com.  The other international investors are Oliver Jung and Klaus Hommels, who have also invested in a number of leading overseas shopping clubs such as the Turkish Markafoni.com, the Brasilian Brandsclub.com.br, the Swiss Fashionfriends.ch and the Indian FashionandYou.com and many others globally.

Yalcin said that bargain hunters from across the region can obtain their luxury brands online at a much discounted rate, but only if they are dealing with the right people.

The CEO also said sukar.com ensures that the supplier’s brand reputation and brand image is maintained at all time.

“By doing so, it gives us the flexibility, to have negotiating power with the suppliers and also obtain the best prices in the market,” he disclosed.

The site, Yalcin says is convenient to the members and is gaining popularity very fast.  He however anticipates the target to reach 10,000 plus orders a month.

Yalcin also said sukar.com aims of having close to 50,000 requests for new memberships every month.

“Currently, our membership has hit 200,000 and hope by the end of this year to target at least half a million membership,” he said.

This sort of site has worked successfully in many European countries and operates almost similar to the New-York based Gilt.com, which presently has more than 1.5 million members, explains the CEO.

Yalcin noted that there is a huge demand for luxury items in this part of the world, which amounts to 10 per cent of the global luxury market, adding that the concept has proved to be a success for this area.

He said that shoppers can make payments through their respective local currency, adding that the website is bi-lingual both in Arabic and English. He said as consumers confidence grows in online shopping and more high-end shoppers looking online for their favoured, high-end products, Sukar.com has been responding to increasing consumer demand across the Gulf.

Everyone including designers, brand owners and distributors benefit from the sukar.com business model in a number of ways, thus allowing them to reach a substantial amount of suave, sophisticated shoppers and drive more sales for their brands, says Yalcin.

He noted that with a heavy focus on fashion and lifestyle products, the site offers customers from the Gulf region a gilded platform for their favourite brands while enjoying the comfort of free delivery.

“Plans are being finalised to ensure that delivery of the products to the respective customers in made within 3 days, currently it takes two to three weeks for the goods to arrive,” he said.  Yalcin assured members that any online payment made through the credit card is well secured, adding that once payment is done through the Internet, the web browser connects directly with the website.

The data is then encrypted, and the information is only unscrambled when it safely reaches the bank.

“It’s fast and safe, and it ensures that your personal information cannot be read by anyone else, alternatively we have the cash-U system of payment or COD (cash on delivery) for those without credit card facilities,” he said.Source: http://gulftoday.ae/portal/2ea9e5cf-d339-40cb-b201-b46566cc891a.aspx 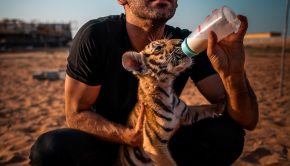 “Save the animals. Save the planet.” – Saygin Yalcin → 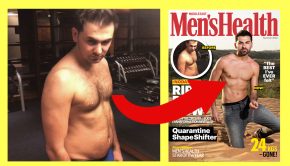