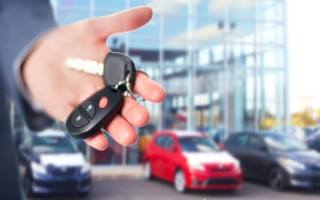 It isn’t the fuel, maintenance or insurance, but simple depreciation of the vehicle that does the most damage to car owners’ pockets. Surprised? There’s more – your car loses a fifth of its value the moment you drive those wheels out of the showroom.

If you believe in the theory of value for money, then the resale value of the car is one of the most important things that will be on top of your mind when you plan to buy a new set of wheels, and is definitely worth knowing which models will fetch you the maximum amount if you were to resell it after five or so years.

According to data published by website SellAnyCar.com, the Middle East’s online car buying service, it is the Nissan Altima, Honda Civic and Toyota Corolla, which are the top models when it comes to returning the most in resale value in the UAE.

Speaking of car brands, the Japanese brands lead the rankings, with Toyota, Nissan and Honda listed as the top most valuated cars in the country.

On the other hand, Mercedes-Benz, Chevrolet, BMW and Hyundai lose the most within one year, while Nissan, Honda and Lexus lose the least of their respective values after being driven for a year in the UAE, says the online car-sale portal.

Over a period of five years, biggest losers among the SellAnyCar.com’s Top 10 are Mercedes-Benz, Hyundai and Ford, losing 34, 34 and 35 per cent of their initial values, respectively.

We’re sure you’re more interested in finding out about those that lose the least. Over a period of five years, lowest losers out of the top 10 are Mitsubishi, Nissan and Toyota, retaining 48, 47, and 46 per cent of their initial values, respectively.

On specific models, the findings suggest that Mitsubishi Lancer, Toyota Land Cruiser and Toyota Corolla lose most within the first year, while Toyota Camry, Toyota Yaris, Honda Civic retain the most (or lose the least).

According to the online car reseller, over a period of five years, biggest losers in terms of specific car models are Mitsubishi Lancer, Toyota Corolla and Toyota Land Cruiser, dropping to 31, 35 and 36 per cent of their initial values, respectively.

On the other hand, the car models that will retain the most are Toyota Yaris, Nissan Altima and Toyota Camry, retaining 53, 45 and 45 per cent of their initial values, respectively.

The largest drop in value occurs in the first year, being an average of 20 per cent for the top 10 most valuated models.