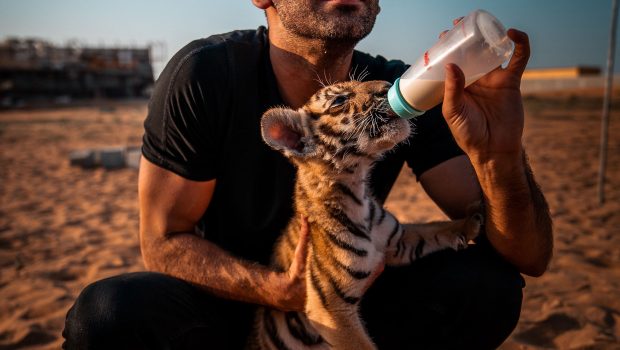 Published on November 25th, 2020 | by SayginYalcin

“Save the animals. Save the planet.” – Saygin Yalcin

SAYGIN YALCIN: “WAKE UP” AND EXAMINE WHAT WE REALLY IMPLY WHEN WE SAY “SAVE THE ANIMALS”

In the game of survival of the fittest, we humans hold an immeasurable amount of power to decide who makes it in the end. Saygin Yalcin, Founder and CEO of SellAnyCar.com and the Ex-VP and Founder of Souq, currently Amazon, released a touching video with an uninhibited monologue discovering antiquated ideals we withhold.

The business mogul’s video commences with him setting off in a yacht enjoying the sea’s simple pleasures, interacting with the core of nature. Still, there is more to this than meets the eye as we view how they catch a fish; and how it loses its last breath turning into a meal.

We see beaming faces enjoy the delicious meal as Saygin narrates, “we humans are so nice, right. Save the animals, save the planet. We hear this a lot but come on, guys, what do we actually mean.” He further unravels, “there are 24 billion chickens, 900 million cows, 600 million pet cats, 900 million dogs while there are 300 thousand wolves and 4000 tigers, the survival of the fittest, right? that’s evolution.”

In fact, one of Charles Darwin’s notable literary piece, The Descent of Man, explores how the survival of the kindest is preferably a more authentic way of exploring evolution. We as species thrive and survive when we empathize with one another rather than in a competitive environment.

Saygin pleas through the video that we should change our perception for the better. As we watch him hold a rather adorable tiger cub, he shares that we should realize the significance of saving wild endangered animals and overhauling food consumption.

To find out more, view the enthralling video: