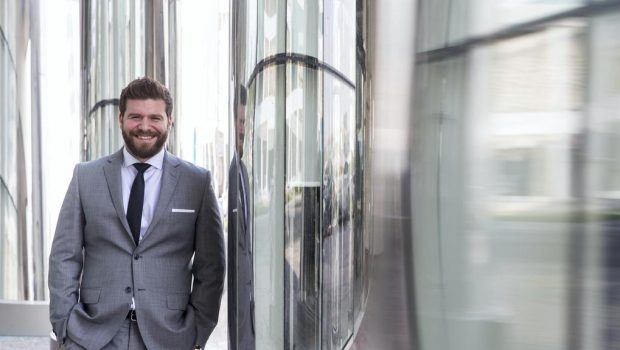 New website will sell your home to pool of investors is around 1,000-strong 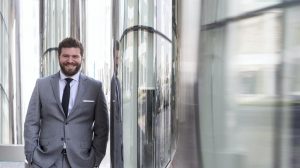 Omar Chihane hopes that his new concept, Sellanyhome.com, will revolutionise the way properties are bought and sold in the UAE and turn the property market into more of a stock market.

The former corporate sales director had such a tough job selling his own Dubai Marina two-bedroomed apartment last year through estate agents that it gave him the idea for a business.

After “multiple visits and agents”, an interested buyer contacted him out of the blue and bought it, sight unseen, within 24 hours. The buyer was a professional property investor.

Lebanese-Canadian Mr Chihane, 36, who has been in the UAE nine years, pitched his idea for a website that will sell your home to investors to Saygin Yalcin, the owner of Sellanycar.com. Sellanyhome.com launched last month with Mr Yalcin as the chairman and Mr Chihane the chief executive.

Avoid the endless viewings, time-wasters and “over-promising, under-delivering” estate agents, enjoins the website. Instead, it cajoles, you can plump for an instant online estimate of your property value, followed by a full valuation by a real estate expert – certified by Dubai’s Real Estate Regulatory Agency (RERA) – and a “formal, binding” offer made within 30 minutes.

The evaluation covers 100 points, from checking every door and tap to the air conditioning, with pictures taken inside and out, and even from inside out so investors can see the view from every room. This is because would-be buyers will never step foot inside the property. Sellanyhome.com is, after all, a consumer-to-business model, says Mr Chihane. “We don’t entertain mortgage buyers.”

One investor, a 47-year-old Indian man living in Dubai who prefers to remain anonymous, says he chose to invest through Sellanyhome.com because it could bring him “a high deal flow and transparent evaluations”.

Although he still buys properties the “conventional way”, he says he is “quite impressed” with how easy the site’s process is. His relationship manager at Sellanyhome.com notifies him when a property fitting his needs is about to come online and he can log in and put an offer in. “The fact that the work is done for me is, of course, very compelling,” he adds. “I get to know if my offer was accepted, or not, in real time.”

The pool of investors is around 1,000-strong, Mr Chihane estimates, but occasionally (mostly during “downtimes”) the Business Bay-based Sellanyhome.com will itself take part in the offer process – but are outbid by their pool “95 to 96 per cent of the time”.

Investors, Mr Chihane says, tend to know what they are willing to pay based on square footage and location plus building type and view and it is a purchase made “without the emotional element” of buying a family home. “Our premise is to use technology to replace every other thing except feelings.”

Rather than classifieds businesses such as Propertyfinder or Dubizzle, the inspiration for Sellanyhome.com was what Mr Yalcin was already doing with Sellanycar.com – a valuation and guaranteed purchase, says Mr Chihane.

“We’re trying to speed up the sales process and hope to eventually attract more buyers into the market and have a positive contribution to the market as a whole – essentially creating a ‘stock market for real estate’.

“If I told you to buy shares in GE but with no place to transact, buy or sell them, you would think twice; if you have a place you can go to buy and sell easily, with seamless transactions, we hope to attract more buyers and impact prices positively.”

“SellAnyHome.com is the logical next step for real estate,” adds Mr Yalcin. “It uses the power of the internet to improve transparency and transactions in a market under-served with technology.”

The residential real estate market in the nine biggest cities in the GCC is worth US$100 billion, he says, and Sellanyhome.com hopes to take a five per cent market share – or $5bn – within five years.

Mr Chihane lives with his wife in a rented property in Jumeirah but is also still a real estate investor: he owns an off-plan apartment in Jumeirah Lake Towers.

The business came out of “stealth mode” last month and plans to expand into Abu Dhabi next then into a few other GCC markets within the next year.

Having already received angel investment from Mr Yalcin and an undisclosed amount of seed funding, the business is making plans for Series A funding in early 2018.

Commission is set at 1 per cent, as opposed to the “market standard” 2 per cent – a saving of Dh13,000 in fees on, for example, a one-bedroom, 780 square feet Dubai Marina apartment selling for Dh1.3 million.

“We have a seller-first mentality,” says Mr Chihane. “Our job is to ensure they get a price they will accept. We let market forces take flight and we are rooting for the sellers to get the highest possible commission.”

The main benefit for the seller is to keep strangers out of their home, he says. Once an offer is accepted, the normal sales process kicks in to pay off any mortgage, generate all necessary no objection letters and transfer the property registration, “hand held” by Sellanyhome.com.

It should also accelerate a sales process often dragged down by “unrealistic” price expectations on the part of estate agents and sellers.

Whether Sellanyhome.com becomes the Nasdaq of property in a few years’ time remains to be seen.

Podcast: Saygin Yalcin on entrepreneurship in the region →