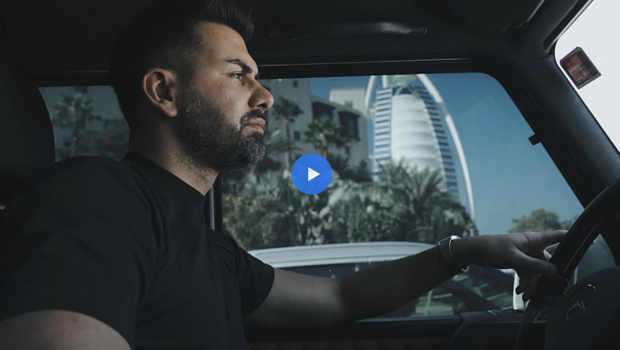 Published on December 29th, 2022 | by SayginYalcin

Setting up a thriving e-commerce model, the Dubai way

Saygin Yalcin is the Founder and CEO of SellAnyCar.com and Carnab.com, both headquartered in Dubai.

After studying business in Germany, Mexico, and the US, he saw an opportunity in the UAE’s e-commerce space and moved to Dubai when he was 24 years old.

“The internet penetration rates were exploding, people were coming online… however, they were not transacting as we know it today”, Saygin recalls.

He started an online fashion store in 2009 called Sukar.com, which got acquired by Souq.com, which was then bought by Amazon. However, he wasn’t content with just one successful venture in Dubai, he wanted to dig deeper, “I believe that there are two types of entrepreneurs; one that digs out the raw diamond and another one that makes it into jewelry. I like digging for new business models”, he told Euronews.

When Saygin was trying to sell his car on the classifieds, he noticed that the process could take weeks and decided to research business models developed to address this issue.

“Building businesses does not necessarily mean that you have to be an inventor, you just have to be the best implementor of a model which might work on the other parts of the world”, Saygin says.

And that was exactly what Saygin did when he started SellAnyCar.com which offered to purchase any seller’s car in 30 minutes, for a fair price.

This rapid success brought its own challenges, as Saygin had to find a way to cover the working capital the business needed, to sustain the period between the time a car was purchased and resold.

“My team members, while buying a car, were already calling car dealers to check how much they would buy that car for. So, I realised they were doing some kind of an auction”, he adds.

The team took this idea further and developed a digital marketplace where today over twenty-five thousand companies are bidding on a car brought to SellAnyCar.com, which is now the largest used car trader online in the GCC.

As a serial entrepreneur, Saygin also recently launched Carnab.com which sells used cars online directly to consumers. “Today only 1% of used cars are sold online. We believe that number will be 50% in the next 5 to 10 years, and that’s when we will use our pole position”, he explains.

Believing the eco-system in Dubai significantly contributed to the success of his businesses, Saygin is now investing into the achievements of other entrepreneurs in the city.

“I love seeing companies grow, so I want to be a part of that as an investor, especially in the beginning when entrepreneurs are just digging out that raw diamond”, he says.