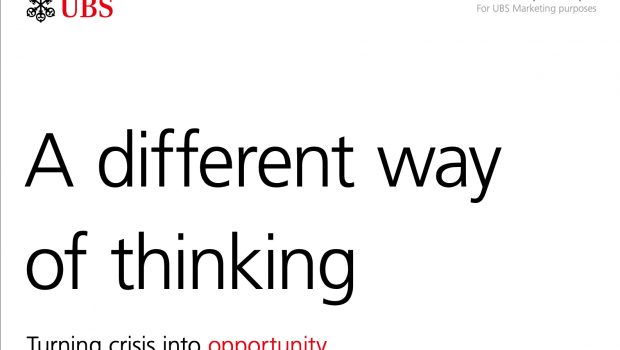 Published on December 4th, 2020 | by SayginYalcin

A different way of thinking

In times of great uncertainty, true leadership is at a premium. The COVID-19
pandemic has triggered an economic crisis like no other: a deep downturn,
affecting the entire globe at once. Yet some entrepreneurs are acting boldly,
adapting to circumstances and strengthening their businesses.
This report is a series of interviews with five entrepreneurs from Europe and the Middle East that shows just how adeptly they are adapting. How are they faring? With candor, they tell us how they are acting swiftly to manage what, for some, are extremely trying conditions. Generally speaking, they are optimistic, focused on managing their way through the crisis and looking forward to better times. We don’t claim to provide a comprehensive picture, but the interviews do identify common themes and traits. For instance, several interviewees are well versed in firefighting crises, both in their professional and private lives. They are no strangers to adversity. In some cases, this experience has made them the original, innovative and driven people they are. This pandemic is a once-in-a-generation crisis and, as such, reveals in real time how entrepreneurs react. It’s a time of accelerating change when entrepreneurs need all of their capacity for renewal and reinvention.

SellAnyCar.com is the Middle East’s first and largest car-buying service. Set up in 2013 and headquartered in Dubai, the service offers a safe and convenient way of selling cars, regardless of their make and model. SellAnyCar.com has offices across the Arab world’s major cities. After an indicative online valuation, the company’s expert valuers inspect the car and make an offer.

Early adversity gave Saygin the grit and determination he needed for life as an entrepreneur. As a child, his sister was diagnosed with an incurable disease and spent two years in the hospital. As a result, his mother had to stop working while his father kept the family afloat. When he was young, Saygin saw wealth as a way out of the family’s troubles.
“It was moments in my childhood that molded my persona,” he remarks. “We became victims of a health disaster in my family. Then my mother intentionally put me into a mixed kindergarten class with some disabled children to understand diversity and to appreciate health from a young age. This fostered my emotional intelligence and helped me later on, when I went on to build companies that are culturally diverse and intellectually rich in terms of the people I hired.” Born in Bremen, Germany to Turkish parents, Saygin initially thought soccer would be his quickest route to wealth. He was talented, playing in the U19 Bundesliga, the highest level for German teenagers. However, he quickly realized that only the world’s top 500 players become wealthy. After some consideration, he resolved to be an entrepreneur.
Now 35, Saygin has already founded two of Dubai’s most successful online
retailers. Moving to Dubai in 2009 with a backpack and an MBA from
Germany’s WHU-Otto Beisheim School of Management, he founded
Sukar.com, the Middle East’s first online private shopping club, in 2010
and sold it to Souq.com in 2012. Then in 2013, he founded his current business, SellAnyCar.com. It was the first and is now the largest car-buying service in the Middle East.

Turning crisis into opportunity
The COVID-19 pandemic has been a trying time for SellAnyCar.com; it has
required every bit of the resilience and emotional intelligence Saygin learned as a child. After the virus flared up in the United Arab Emirates and other parts of the Middle East in March of 2020, SellAnyCar.com’s monthly sales dropped by 90%.
“Our business has been impacted dramatically,” he explains. “We got a special permit allowing us to buy and sell cars. We had prepared for the lockdown and changed our business model overnight, preparing products such as home service and allowing people to sell their cars using smart phones, which included the use of digital contract signatures. Once the lockdown eased, we came back in great shape, and today we are witnessing another record month with our regular business 120% higher than it was in February.” “When you lose 90% of your business, that’s when leadership really counts. And I believe the way you treat your team members during a crisis defines their trust and loyalty for years to come. So, very early on, not even one week into the crisis, I created an open letter/video to my team and announced that no one would lose their job because of COVID-19, despite the fact that the government had imposed a 24-hour lockdown, which forbade people from leaving their houses.”
In fact, SellAnyCar.com has turned the crisis into an opportunity, almost doubling its market share. Anticipating that it would spark an expat exodus, Saygin stepped up marketing and business development, making sure that the Sellanycar.com brand was the first thing that came to mind for anyone looking to sell their car.

Entrepreneurs and “non-entrepreneurs”
As shown by Sukar.com and SellAnyCar.com, Saygin has a passion for scalable technology businesses. “I believe that if you put a great big audience and a great product together, you will have a business,” he asserts.
However, not everyone is cut out to be an entrepreneur. You need a specific
mindset, he says, which is hard to define. An entrepreneur is someone who just gets going and does things. By contrast, most people are “non-entrepreneurs,” meaning they spend their whole lives preparing for what they want to do.

What’s more, entrepreneurs are optimists, he asserts. They see challenges as problems to be solved. The other natural qualities of an entrepreneur that he mentions are the ability to innovate and generate ideas, pursuit of excellence and a desire to have a good reputation.
When deciding whether a business idea is viable, he believes six questions need to be answered. Do you have an entrepreneurial spirit? Is the business profitably scalable? Is the business legal? Is it the right time? Do you have the passion to keep you going? And does it solve a problem for your customers?
Making mistakes is part of the process, he adds. Entrepreneurs try out many ideas before they discover the gems that turn into successful businesses. “Without innovation, without the constant change, we would just stall. Every week we have failures, which is great because I know that it is part of getting to the next level.”
For Saygin, business success has fulfilled his ambition of being able to pay for the medical treatment for his sister’s rare illness. It has been correctly diagnosed and she is beginning to recover.
Looking forward, his view of the COVID-19 crisis is tinged with optimism. “There is a move towards buying used cars that has accelerated because people are more cautious about their finances,” he asserts. “They are also moving away from public transportation and back to car ownership as a result of social distancing.”