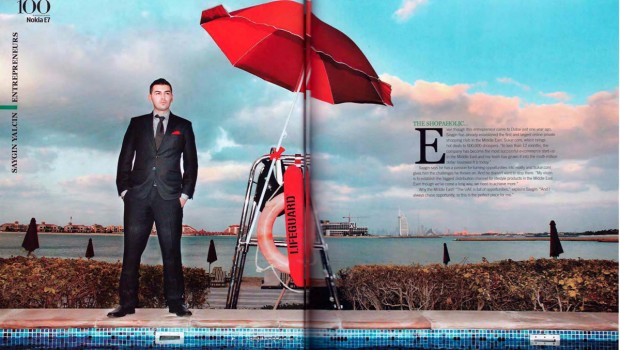 Published on November 12th, 2011 | by SayginYalcin

Introducing the Best in Dubai nominees for Personality of the Year

Check out the movers and shakers who have taken Dubai by storm. Whether they’re helping to build the local community or forging ahead in business, these are the top 10 personalities in Dubai.

Founder and President of Sukar.com, Saygin Yalcin is the man behind the multi-million dollar online shopping club. With a membership base of one million private shoppers, more than 120 employees and offices in Dubai, New York City and Istanbul, Saygin has been able to provide his clients with deals of up to 90 per cent off on lifestyle brands. All this within less than 18 months.

“In this business, it is all about working together to overcome the challenges of an enterprise that spans nine markets and nine cultures. At Sukar.com we are proud of what we have achieved and flattered by our members’ reception of this business model. We look forward to an even wider presence in the coming year,” says Saygin.

Saygin also has an MBA and is fluent in German, English, Spanish and Turkish. Moreover, as the head representative of the big European investment fund Springstar, he is opening doors for young entrepreneurs, who are passionate about starting their own business in the region.

How do you feel about being nominated for Best in Dubai Personality of the Year?
Taking into consideration that I moved to Dubai less than two years ago, I’m very happy to be nominated for this award. I hope that I can inspire many more entrepreneurs and further grow e-commerce in the region, with Dubai being a pioneer market.

What achievement in life are you most proud of?
I’m proud of my world-class team and happy to have created more than 100 jobs within one year.

If you could have one wish granted, what would it be and why?
I don’t wish or hope. I set goals and take every hurdle as a challenge. So far, there hasn’t been a challenge my team and I couldn’t handle. It is just a matter of time. Hence, our internal motto is “speed”.