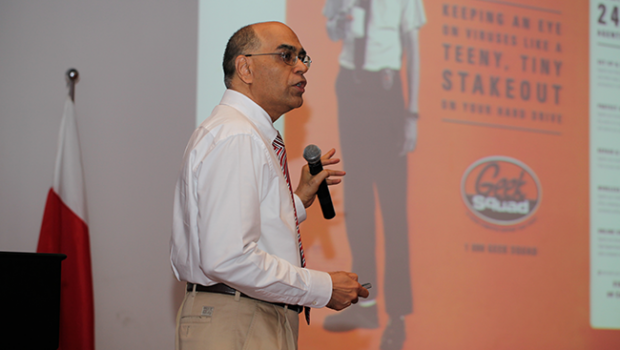 Hosting the event will be course lecturer Saygin Yalcin who has built, led and significantly shaped the biggest internet companies in the Middle East. He is Founder of Sukar.com, Partner at Souq.com and Jabbar Internet Group.

Students at the Canadian University of Dubai will have a unique opportunity to pitch their business ideas to some of the most successful entrepreneurs in the region at the IDEA workshop on May 16th.

The workshop takes place at the Canadian University of Dubai and is the culmination of their semester-long Entrepreneurship course.

He said: “Events such as these are necessary. We need more entrepreneurs, especially in the internet sphere.

“Creating awareness for internet entrepreneurship is not only key for boosting our economy and growing the online market, but it is also significantly important to attract further investment.

“In the past decade, the UAE has proven to be a pioneer in technology advancement and integration in the region.”

Speaking alongside Saygin will be some of the most influential entrepreneurs in the region, all of whom have lectured during the Canadian University of Dubai’s Entrepreneurship course, including Paul Kelly CEO at Cabone.com and Rabea Ataya Chairman and Co-Founder at Bayt.com.

Also in attendance to present and provide guidance will be Dubai SME Executive Director, Manoj Nakra.

Mr Buti Saeed Al Ghandi, Chancellor of Canadian University of Dubai, said: “Entrepreneurship is something that we must foster for the future of Dubai. It is an important part of the vision of the future of the UAE and runs alongside similar schemes such as the Khalifa Fund.

“Our course, in conjunction with Souq.com and is setting an example and nurturing the young minds that will shape the country’s future.”

Canadian University of Dubai’s Entrepreneurship course has over 70 English and Arabic students, making it one of its most popular. It brings together students of different ages and backgrounds, from teenage undergraduates to experienced business owners looking for an additional entrepreneurial edge.