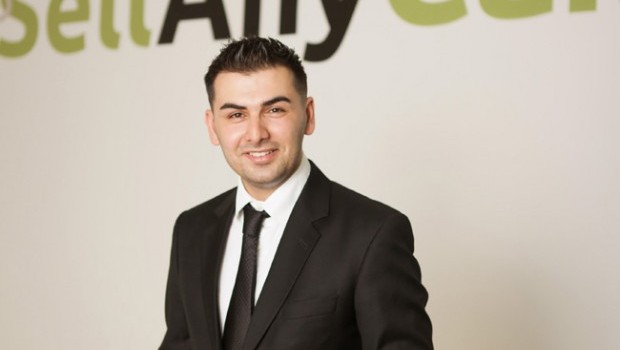 Saygin Yalcin is a German entrepreneur who founded the online private shopping club, Sukar.com and is a partner at auction platform Souq.com, but today the regional entrepreneur is focusing his attention and efforts on SellAnyCar.com – an online car buying service offers instant valuation and a guarantee to purchase any car, including luxury and exclusive models, in just 30 minutes.

What was the inspiration behind SellAnyCar.com?
We believe that the experience of selling a used car in the region is broken.
Selling your car must be quick, convenient and fair. We guarantee to buy your car within 30 minutes. We have the purchasing power to buy any car at a competitive price and justify our margins with low cost and high-volume of deals.

How many luxury cars have been sold through the site?
We are one of the largest used car traders in the region already and the Middle East’s first car buying service, which guarantees to buy any car. We have had numerous high-end and luxury cars as well – consumers appreciate the fact that it is super convenient to sell your car to us, at a fair price with no hassle.

What was the most money paid for a car till date?
We have bought numerous cars valued from AED1 through to millions of dirhams – a Lamborghini Aventador was among the most expensive…

Do you have an eye for vintage models as well?
While we do not focus on any car make, model, age or condition, we understand
the value of vintage, exclusive and custom cars. We are here to change the game and our overwhelming success [is proof for a demand in the market].

What’s next for the entrepreneur in you?
I am 100% focused on SellAnyCar.com, as we have a long way to go and many challenges to master. Our short and mid-term vision includes a strong focus on geographical expansion and building a network of hundreds of locations.