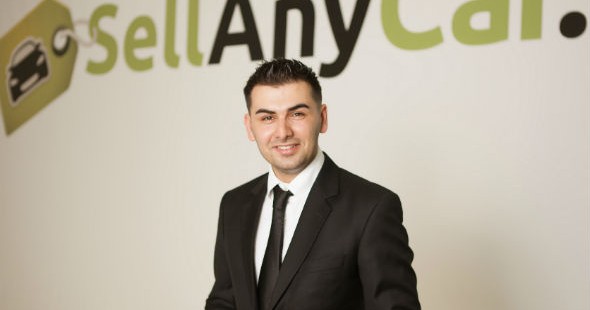 Published on October 8th, 2013 | by SayginYalcin

The used car market in the UAE is a $2 billion business and is growing by 15 per cent year on year, says Saygin Yalcin.

What is your company focusing on this year?

We will focus on further building a huge network of branches all over the country. As the fastest and most convenient car buying service, it is important to be reachable within 10 minutes, no matter where you are. Looking at our growth rates since launch, we will be the biggest car buyer in the UAE by the end of 2013.

Are you planning to expand into new territory?

Yes, we are already expanding into the GCC and will be serving consumers in the entire Middle East by next year.

Why does your business model work in the Middle East?

Selling a car can be a really annoying and complicated process; both time and power consuming for car owners. Private sales are often a choice for many sellers. This usually accrues significant costs, while a return cannot be guaranteed, regardless of whether you advertise your car via print advertisement or through an online marketplace.

In the Middle East, there is usually a time span of 3-6 weeks from first advertising to final sale. Furthermore, in advance of a successful deal, statistically you have to go through 4 – 6 meetings with potential buyers – again, a procedure that consumes both your time and money, while a positive return is still uncertain.

Hence, if you want to sell your car hassle-free, while achieving a fair price, SellAnyCar.com is the perfect solution. We guarantee to buy your car after a free and competent valuation – quick, easy, fair and everywhere.

What are the growth areas for the second hand car market?

The UAE is the region’s trading hub. The used car market in the UAE is a $2 billion business, whereby the grey market numbers are much higher and it is growing by 15 per cent year on year.

SellAnyCar.com will be the market leader within three years and the biggest car buyer by end of 2013.

Three tips for becoming the boss…

Do what’s most important: Stay healthy, be there for family and friends.

SellAnyCar.com is the Middle East’s first car buying service, which offers free and instant online car valuation, free car inspection, a guarantee to purchase any car within 30 minutes, pay you immediately and take care of all the paperwork.