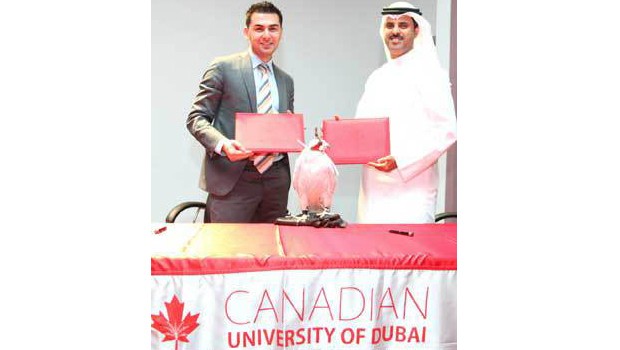 Published on February 7th, 2013 | by SayginYalcin

In a major initiative between the Canadian University of Dubai and ecommerce leader in the region, Souq.com, students will have access to internships, lectures and mentoring from industry pioneers to nurture their entrepreneurial aspirations.

Saygin Yalcin, vice president, Souq.com stated: “If you have a look around the world, the hotbed for entrepreneurial activity is most often universities. It is in their university years that students think big and take risks. We want to nurture their ambitions by mentoring them through interactive lectures and internships.

He added: “The Canadian University of Dubai is one of the most modern educational institutions in the region. As such, we are confident that through this partnership we will learn a lot from the young minds at the University.”

Buti Saeed Al Ghandi, the Chancellor of the Canadian University of Dubai stated: “The skills a student garners through internships and interactions from those in the industry are a necessity. We are glad that an industry pioneer like Souq.com, has set an example by devoting their resources to nurture and mentor the young minds in region with this unique partnership”.

This first of kind MoU also will result in collaboration on general program courses emphasizing entrepreneurship, research initiatives, and an annual industry conference on entrepreneurship.

The MoU Signing took place in the Red Theatre on February 6th, 2013.