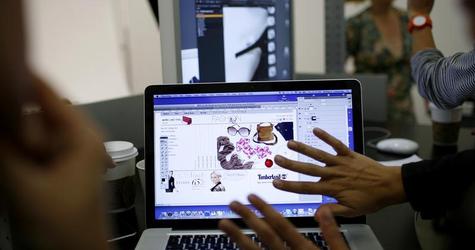 Tech IPOs might be all the rage in the US – one need not look any further than the response Twitter received in November. But for the Gulf’s e-commerce portals a public listing remains no where near on the horizon.

“We don’t believe that e-commerce players in this market should be too fixated on going public at this stage… but it something that we should definitely all be building our companies towards,” said Hosam Arab, one of the founders at Namshi, the fashion and accessories portal. “That is achieving growth, targeting profitability and profitability growth, and cementing or growing market share.”

Fashion retail in the region is estimated at $15 billion and one of the fastest growing in the broader retail industry. The growth momentum is something that is now being replicated online as well

So much so, Namshi finds no reason to look at widening its merchandise offerings. “Our medium term focus remains on fashion and not only maintaining, but growing, our leadership position in this space,” said Arab. The company, in which Germany’s Rocket Internet is a prime backer, has been through multiple funding rounds.

“Compared to more mature e-commerce markets, we still have a very limited number of regional players,” said Arab. “Yes, there are websites for electronics, books and homeware but in the end they have relatively little overlap. If we look at fashion in specific, there are websites that offer discounted items from the previous seasons, whereas Namshi offers in-season styles at competitive prices.”

Online industry analysts suggest that framing the prospects of Middle East portals to those of peers elsewhere would be a futile exercise. “Most Internet success stories from the US and Europe will be repeated in the Middle East… however, there is a time-lag,” said Saygin Yalcin, CEO at SellAnyCar.com.

“There are numerous reasons such as the late penetration of broadband, education about Internet ventures, amount of professional Internet businesses and the trust in them, and the availability of venture capital.

“But the most important is the fact: How many people in the Middle East who are eligible to make purchases online can claim that they have grown up with Internet? For how many is an Internet business common practice in their lives? Not at all was the case five years ago and there were a few three years ago. But the growth has been amazing in the last two and could be the equal of US and EU standards in another three to five years.

“Hence, we will see many more Internet ventures coming up in the near future starting with the big opportunity areas and followed by niche offerings.

“But venture capital or financial capital injections by investors in general are challenges in the region – if not, the major challenge for internet entrepreneurship in the Middle East. Most funds come from investors in markets where Internet ventures have been successful for many years and investors have seen how lucrative it can be.”