Gulf Business has selected the Top 10 Entrepreneurs in the Middle East.

here with my friend Ronaldo Mouchawar at the awards: 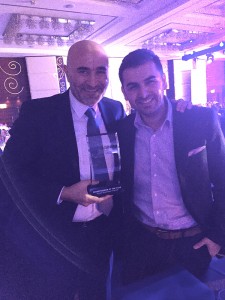