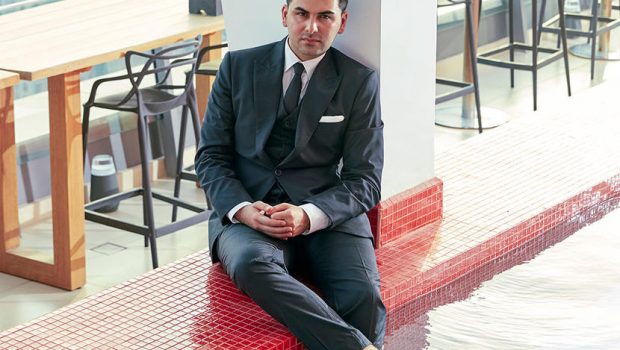 Published on September 19th, 2017 | by SayginYalcin

The founder of Joe Suis, Sukar.com and SellAnyCar.com tells Esquire why influence is everything 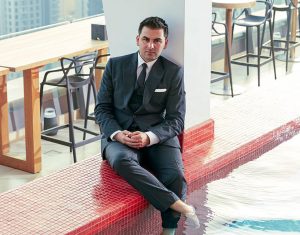 Well, it looks like a traditional car business, but it’s actually an advanced technology platform. We have 14 inspection bays in the UAE; the report is uploaded while you’re there and the car is sold via a live auction. So we don’t have to hold inventory. It’s more like a stock exchange for cars where we bring real-time market coordination and liquidity into the market.

Why did you feel the need to develop your social media persona to the point where you’re getting a million views for your YouTube videos?

I don’t believe solely in ‘PR 1.0’ anymore. It’s still a good foundation, but social media influencer marketing is so important today and a lot of CEOs are sleeping on this. They don’t understand it, or they’re not from that generation, or they’re afraid of it. I saw the opportunity to get a reach that we could not have by any other means. I wanted to give our company a face that people could trust. And I don’t believe that people follow brands. They follow the people that lead those brands.

So today’s CEO has to lead from the front?

Exactly. Steve Jobs was an iconic CEO. Elon Musk and Richard Branson are the same. These people have carried their brands to success. Their views directly affect the stock market price of their companies. They’re not like the older, anonymous types of CEOs who are managers who will maintain one or two percent growth per year. The disruptive ones have such a strong competitive advantage. The reach that having a platform gives you is worth billions for the big brands. Your opinion will be listened to far more than a load of billboards.

I think you’ll see a lot more CEOs having to stop hiding behind their logos. They have to come out and engage.

Which platforms will be important?

If I knew that I’d be very rich! The rules change every six months and you only have to look at MySpace, which was a global leader that died seemingly in a matter of months. You can quickly build huge audiences on Instagram, but YouTube audiences are more loyal and you are more influential because you have so much engagement time. Facebook is about to roll out monetisation for creators, to incentivise them to create content, which adds different rules to the game. I don’t think Snapchat will exist in the next decade, but you never know. There is no such thing as a winner; it’s a constant process of innovation to stay relevant.

What’s your endgame? Are you a CEO or an influencer?

There are two types of entrepreneur: the ones who dig the raw diamond out of the mine, and the ones who turn it into a piece of jewellery. I’m the first guy; I build it to a level where it gets acquired or becomes self-sustainable. So I have a portfolio of companies and there will be another one announced soon [Yalcin has since been unveiled as an investor in the recently formed SellAnyHome.com].

I can’t say, but the formula is to find a big market that is under-served by technology. So, for example, could we develop online home-schooling, or customised education to increase efficiency? Should healthcare be centralised to manage data? Or look at the huge lack of transparency in real estate and imagine how that could be fixed. And in logistics, delivering products by cars and trucks is not the future. There will be many more opportunities.

You’ve mentioned Elon Musk. Who else do you look to for inspiration?

I try to learn from everyone in my network so that I can aim to be the best version of myself. I firmly believe that everyone knows something that I don’t. And that information might be critical for where I’m at right now. So I look at people around me and ask, ‘Why is that person better at that than me at this particular thing?’ And if you copy those particular traits then they eventually become habits that help you become a better person. As the saying goes: the practise of today will become the habit of tomorrow.