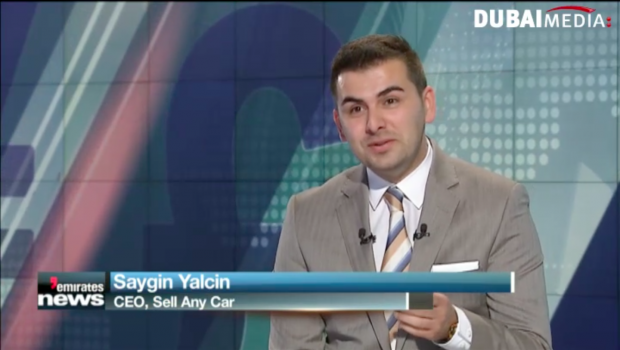 Watch Saygin Yalcin, Founder & CEO of SellAnyCar.com, on Dubai One TV’s Emirates News talking about how people are selling their used cars and what aspects they should take into consideration.