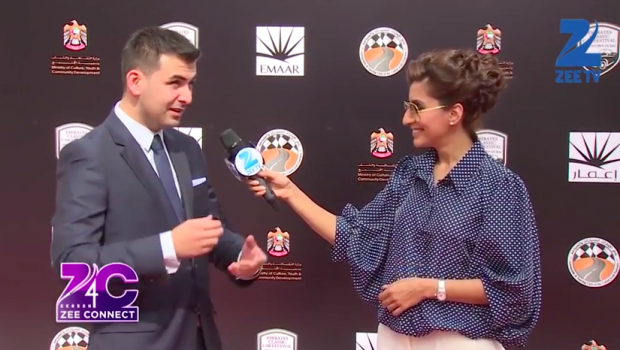 Saygin Yalcin, Founder and CEO of SellAnyCar.com, talking about classic cars at the Emirates Classic Car Festival on Zee TV.