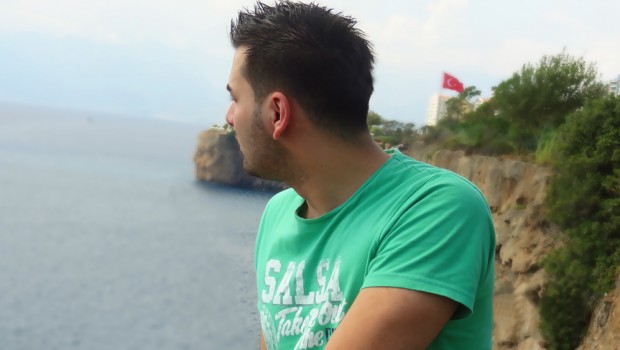 Published on September 23rd, 2013 | by SayginYalcin

Saygin Yalcin is a Dubai-based German entrepreneur of Turkish descent, best known as the founder of the first and largest online private shopping club in the Middle East region, Sukar.com.

He is also a partner at Jabbar Internet Group and e-commerce giant, Souq.com and, most recently, as the founder and CEO of UAE-based SellAnyCar.com.

Saygin is also an academic lecturer of entrepreneurship and e-commerce at the Canadian University of Dubai, and has been active in promoting early stage venture capital activities in the UAE.

What has been the most significant change in the region’s e-commerce industry over the past few years?
When I first came to this region four or five years ago, one of the most important facts I discovered was that there wasn’t a lot of investment or interest in internet companies. I believe there was an ‘inflation point’ in 2011, when international players came into the region and invested significant amounts of money in internet companies.

Since then, the interest has been growing, but not at the rate we hoped for and we’re still not really there yet. The big moment came when people began to deviate from traditional sectors of investment, such as real estate or oil and gas, and started to focus on more modern industries.

Why do you think this lack of interest from investors existed and, to a large extent, still does?
There are many reasons and it’s difficult to blame it on just one. Trust has been growing, but it’s still nowhere close to other regions such as the US or Europe. It directly influences the availability of venture capitalists in the region and I think you could say that people are still scared to invest their money into these ‘so-called’ risky businesses. A lot of investors think that if they can have a large and quick return from investing in real estate, why invest in internet businesses?

How internet businesses make money isn’t always easy for an investor to understand and so a major factor here is education. If you put your money into a company that doesn’t generate profit for several years – which is the case for a few companies here – there is still an opportunity to make huge returns, much like what happened with Amazon.

We still have to deal with infrastructural challenges in the region. I mean, e-commerce companies still have a majority of cash on delivery orders, which is no longer common in other parts of the world. On one hand, it’s a blessing for the company, because it overcomes trust hurdles, but as far as your working capital needs are concerned, it’s poison.

In Saudi Arabia, for instance, not offering the option for customers to pay upon delivery might actually kill your business. Certain customer might not have credit cards, while others carry cards that don’t allow them to purchase online and some simply don’t trust online transactions.

Do I think cash-on-delivery is a payment method that will die out in the future? I believe it will reduce significantly, but trust needs to be built and that comes with building a brand. Given the fragmented nature of this region, building a brand is more difficult and expensive. There are a number of amateur e-commerce websites that exist in the industry and when users aren’t sure whether their data is private and secure, the transition will be difficult.

What do you think the regional e-commerce industry will look like in five years?
To begin with, I expect more players in the region – and when I say players, I’m talking about significant players with significant budgets.

I believe we will create the first $1 billion company and, hopefully, an IPO. I really believe it’s an up and coming area and we will continue to attract the attention of international investors, particularly in the US.

I expect more investments, but what I would say is that I hope the industry does not create a bubble – much like what happened with real estate – where there is an overinvestment in internet companies.

There was a similar development in India a few years ago. Huge investments were made in internet companies, until they figured out that investor confidence exceeded the infrastructural developments that the country could offer. We need to remember that it’s a development that takes time and capital is not the only solution.

However, right now, we have the opposite problem. We have healthy and booming developments, but a lack of trust from investors still exists, but I believe that will change soon.

What advice would you give to a fellow entrepreneur looking to start an e-commerce business?
An entrepreneur has to go through certain stages before they even consider a business – and this applies on a global level. To begin with, figure out if you have an entrepreneurial spirit and understand what it means to be an entrepreneur. At the end of the day, if you don’t want to build your own company, then it really doesn’t make sense for you.

Secondly, although new ideas are great, you don’t necessarily have to create one. There are many existing ideas and opportunities that you can pursue. Take an idea that has been proven or a business model that is viable and improve it. Make it faster, better or cheaper.

Do as much research as you possibly can. Don’t focus on text, look at numbers instead and figure out if it makes sense to invest. Ask yourself a few questions: When will the business become profitable? Is it attractive enough for investors?

What kind of team do you need and what can you afford to pay your employees? Hire the right people at the right price, because investors will be more interested in your team, than your idea.

Once you have all of that, it boils down to business intelligence. You need to prove within the first 90 days of real operation that you can make your concept and business work.

As an entrepreneur, I wouldn’t just look at a brand new idea in the US, copy and apply it in this region. Firstly, not every model that works there would work here. Secondly, even though this region is growing phenomenally, there is still a natural time lag.

I would look at successful business models in mature markets, look out for regulatory showstoppers and figure out whether the business model is scalable. Find out if an idea is successfully replicable and try it in a new market.

What would you describe as the most significant moment in your career in the region?
That’s actually quite difficult to answer. I wouldn’t necessarily tie it to one specific company I worked with, but I think the most important accomplishment we have achieved was creating more than one thousand jobs in the region; that is something I always look back to and I’m happy about.