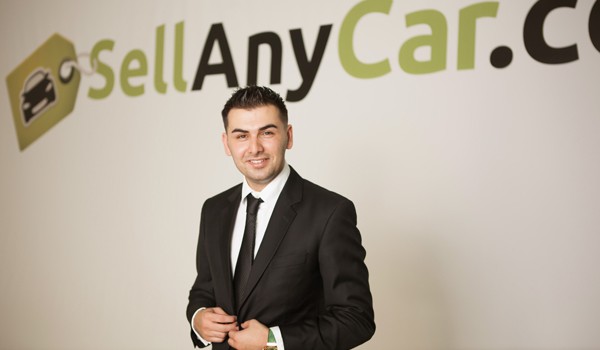 Published on September 6th, 2013 | by SayginYalcin

After a great interview with Kevin Hackett, I was happy to read about our new company in the newspaper today.
Thank you very much!

Selling your car? What a nightmare the process can be, as almost anyone in the world can surely attest. Placing an advert, answering phone calls and emails that come through even in the small hours, dealing with time-wasters, tyre kickers and test pilots who might only be interested in finding out what your type of car is like to drive. Then there’s the negotiation process, haggling, deals that aren’t stuck to, followed by a convoluted legal paperwork process.

If the very thought of it is giving you palpitations, fear not. Because if you positively have to sell your car, for whatever reason, and perhaps do so in the quickest possible way (especially if you’re an expat needing to return home in a hurry), there is a new service available in the UAE you should know about. It’s called sellanycar.com.

If you’re a Brit, you might immediately associate this with an infuriating television advert for webuyanycar.com – a company that managed to accrue a huge amount of negative publicity thanks to disgruntled owners who were offered absurdly low amounts for cars that were obviously worth much more. On the face of things at least, this one is different.

An entrepreneur with previous form, Saygin Yalcin is its founder and CEO. He’s best known as founder of the first and largest online private shopping club in the Middle East, sukar.com, and as a partner at Jabbar Internet Group, the holding company created through the sale of the world’s largest Arab online community, maktoob.com, to Yahoo! in 2009. He’s also a partner in Souq.com Group, the largest e-commerce company in the Arab world, with names such as souq.com and cashu.com under its umbrella.

“Selling a car here is risky,” he says. “You have to interact with strangers, accompany them on test drives – which can be unnerving, especially for women. Most people selling their cars are rookies, but we take care of the entire process, which you can literally do in your lunch break and, if you’re an expat, you can keep driving your car until your last day in the country if you need to.”

The process seems simple enough. Visit the website, fill in the details, such as the make, model, colour, kilometres covered, number plate, and so on, and receive a preliminary valuation. If you’re happy with the amount offered, you then take your car to one of the company’s inspection facilities, which are located all over the UAE within the government’s registration departments. There, your car will go through a proper inspection that covers more than 100 elements, followed by a final valuation and offer. If you’re happy with that, the cash will be in your bank account within minutes, and you get a taxi back to the office.

“This is entirely without obligation,” continues Yalcin. “If you simply want to find out how healthy or otherwise your car is, so be it.”

But what about getting a fair price? “I’m not saying we’ll be offering the highest price or the lowest,” he says, “but it’s in our interests to be fair and, when you consider the fact that we’re making the whole thing hassle-free, then it’s actually a very good deal.”

Even if your car is a wreck or has failed its annual inspection, you can still be guaranteed a sale, he says. “We’re not selling back to consumers. Instead, we supply the trade with cars in bulk that have all been thoroughly inspected. If a dealer needs 10 Toyota Camrys for stock, then we can sort that. We’ll also be exporting, too – any car in the world has its buyer, you just need to know the channels.”

He says that if you’ve racked up traffic fines, these are deducted from the value when formulating an offer and, even if the car’s still on finance, it can all be sorted out in a jiffy. Sounds promising, doesn’t it? We’ll be picking up on this in a few months’ time to see how well things are going but, in the meantime, it’s fantastic to know that there’s another, potentially hassle-free option when selling a car in the UAE.

One Response to SellAnyCar.com in the National newspaper in the UAE