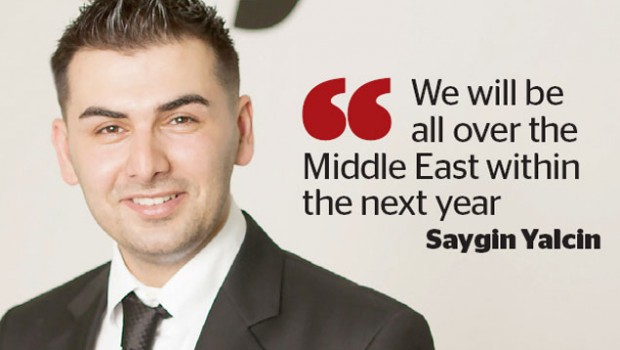 Published on November 2nd, 2013 | by SayginYalcin

The region’s first online used car buying service, SellAnyCar.com, has revealed a series of local and regional expansions that will put the company in every Arab country within the next year.

In an exclusive interview with Khaleej Times, Saygin Yalcin, founder and CEO of SellAnyCar.com, highlighted the company’s plans to open 16 potential branches across the UAE, in addition to the five branches already active in the country.

“We will be all over the Middle East within the next year,” said Yalcin, adding that the company planned to open up to 600 locations in the future, depending on the internet traffic that the company’s website attracts.

Since the company’s official launch on September 1, 2013, SellAnyCar.com closed its first month of operations having purchased and sold cars worth more than $1 million, and is projected to be the biggest car buyer in the region by the end of the year. Yalcin noted that the internet company, which guarantees buying any car irrespective of the make or model, was changing the experience of selling cars.

“The process is 100 per cent free and in addition to the guarantee of buying your car there are no obligations. We offer a seven day validity. You can take the price offered and within seven days you can come back after having made up your mind and we will still offer you that price,” said Yalcin. “The process is quite simple. You go to SellAnyCar.com and answer six or seven basic questions about your car, like the make, colour, model year and you will get an instant evaluation. This whole process takes around 15 seconds.”

“Once you see the evaluation, you can book an appointment at one of our nationwide branches and one of our experts will inspect your car for a maximum of 25 minutes. The last five minutes involve making you an offer on the car. And this is guaranteed with any car. We don’t care about the car’s condition; you can bring us a car that is not driving; or one that has been in a major accident and we would still buy it,” Yalcin further explained. However, he cautioned against modifying a car too much since it diminishes the car’s value.

Yalcin also noted that customers were very pleased with the whole business model, since the company takes care of all the paperwork, even if the car is still financed. Over 25 per cent of the customers come in with a financed car, he revealed, adding that the company took care of all the bank complexities that arose in such cases. It is this ease of doing business with the company that, Yalcin noted, will make SellAnyCar.com the biggest car buyer in the region by the end of the year.

“I already have more appointments than the biggest car buyer in the region. It doesn’t mean that I buy more cars necessarily, but what I can generate is the massive traffic to our website, which translates into appointments,” said Yalcin.

When asked how the company was different from other car dealers in the region, Yalcin explained that several of the multi billion dollar companies in the region were not using the power of the Internet. “We know how the Internet works, and we know that the Internet can create efficiency and optimize industries,” he explained.

He further noted that the change of ownership rates in the UAE, as well as the cars per capita rate, are among the world’s highest.

“Everyone owns more than one car on average and changes their car twice a year. On average we have around 250,000 car ownership changes per year,” said Yalcin. “Having looked at these figures, we determined that there is a demographic that would love this change in experience when it comes to selling their cars. The experience at SellAnyCar.com is much better – its quick, its easier and its fair.”

In addition, SellAnyCar.com recently formed an alliance with Fasttrack vehicle servicing centres in select Emarat locations. The company will place a dedicated inspector at Fasttrack locations to offer fast and free inspections to customers wanting to sell their car to SellAnyCar.com.