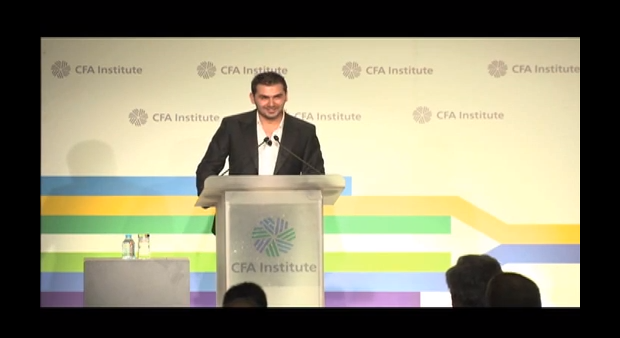 SMEs Are Crucial to Economic Development in the Middle East

Small- and medium-sized enterprises (SMEs) arguably hold the key to the economic development of the Middle East region. In Jordan, they make up 98% of businesses, accounting for 60% of the labor force and up to 50% of GDP. These statistics are broadly representative of the wider region and illustrate that SMEs matter a great deal to the economic and investment outlook. These firms generate employment for a growing youth population, provide export earnings and economic diversification, and are instrumental in efforts for alleviating poverty.

At the recent Middle East Investment Conference, two entrepreneurs, one from Jordan and another operating in the United Arab Emirates (UAE), spoke about the importance of SMEs in creating jobs and wealth, as well as the challenges faced by smaller firms. The first speaker, Saygin Yalcin, a German entrepreneur of Turkish descent, shared his experience of starting the Middle East’s first online car-buying service, SellAnyCar.com. The second speaker, Emile Cubeisy, spoke more widely about entrepreneurship in Jordan, based on his work as managing partner of Silicon Badia, which invests in technology companies in Jordan, the Middle East, and the United States, working to connect entrepreneurs, investors, and companies from these regions. Both speakers described the critical importance of SMEs and the need for an efficient ecosystem that nurtures them. 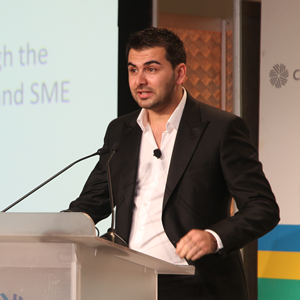 Although the environment for new enterprises continues to improve, the speakers pointed to poor access to financing as the greatest challenge for entrepreneurs and SMEs. For example, despite the availability of a large banking system in the region, only 2% of the Gulf Corporation Council (GCC) banks’ loans go to SMEs. Cubeisy quoted Randa Ayoubi, founder of the Rubicon group of companies: “I started Rubicon in 1994, but it didn’t really start until 2004, because it took 10 years to raise capital. Without money, you can survive, but you cannot thrive.”

A lack of systems for compiling a credit history make it hard for bankers to assess risk and for entrepreneurs to demonstrate trust. The result is that although small sums for seed capital are often available from family and friends, the next stage of expansion typically stalls for a lack of funds.

Yalcin also cited that one of the major challenges in the UAE and other jurisdictions in the Middle East is the “criminalization of debt.” That is, bankruptcy can end with the debtor either going to prison or fleeing the country. By emphasizing restitution to creditors, this approach forces companies to be wound up rather than rescued and revived. In addition, in the absence of a modern bankruptcy regime, fair apportionment of assets to creditors and a timely process for doing so can be haphazard.

Instead, insolvency laws that manage a swift reorganization and support rehabilitation, are likely to benefit not only owners of a struggling enterprise, but also its creditors, employees, and the economy. Such protection may also change the culture, which now often regards business failure as personal failure, thereby delaying the timely recognition of commercial difficulties and the search for assistance. A lack of a social security net further constrains risk-taking activity. Constructive responses to potential business failures are now well understood around the world; these could now be adopted and adapted to improve the business climate for supporting SMEs in the region.

Given the importance of SMEs in achieving many economic and social goals, governments throughout the region are making a concerted effort at better supporting the sector. There is a recognition that SME development requires a broad strategy that includes access to a variety of financing at different stages of growth, a simple legal and regulatory framework, a pool of skilled labor, physical infrastructure to manufacture and distribute efficiently, and many other components. If these challenges are addressed adequately, foreign competition and cheaper imports will be met with a dynamic response. Local SMEs can then hope to become global champions.