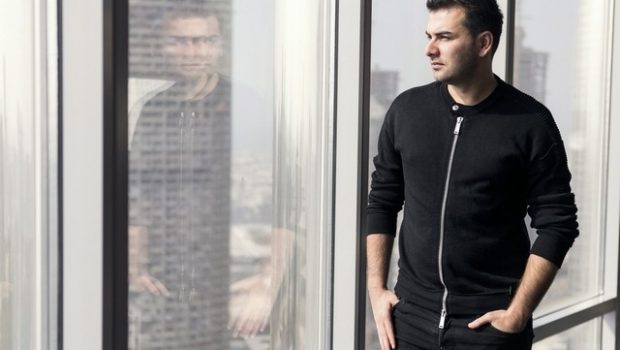 Remember The Entrepreneur TV show, Dubai’s answer to The Apprentice? It’s several years since the reality show vanished after just one series, but now a similar idea is making waves on YouTube.

Each episode offers wannabe entrepreneurs the opportunity to pitch their idea to Mr Yalcin and his guest judges, for a chance of “an investment from millionaire entrepreneurs, business advice and exposure”, as the channel boasts.

Some 148,000 users have subscribed to Mr Yalcin’s channel, which has had 2.7 million video views to date, according to social media statistics tool Social Blade. Mr Yalcin says 10,000 people applied to enter the first episode.

Competitions have helped to grow Startup Hero’s user base – there’s a private jet flight and iPhone on offer for new subscribers and Mr Yalcin has sought help to advertise the programme from popular local YouTuber Mo Vlogs (real name Mohammad Beiraghdar), whose videos of his lavish Dubai lifestyle have earned him 490 million views.

From a receipts app to a spare parts platform to a colour-changing hat, each 40-minute show involves about 10 aspiring founders pitching their ideas live – or, occasionally, over a video call from the Netherlands or Australia – in a well-furnished lounge to Mr Yalcin and his guest judge. Details and numbers, beyond the basic plan and business model, are rarely forthcoming.

Two guest judges so far have been Muhammad Chbib, of regional online travel company Tajawal.com, and Bob Bagga, founder of US exchange and digital currency Bizx.com.

“I don’t actually believe that entrepreneurship is some kind of risky venture,” Mr Yalcin says at the start of the show. There are four risks, he says – market, product, team and finance – and a “very clear process on how to mitigate” them. Just make your idea “really simple”.

Mr Yalcin, 32, who was born and raised in Germany, says he arrived in Dubai with just a backpack. He founded e-commerce site Sukar.com in 2009; it was sold to the Jabbar Internet Group and merged into Souq.com in 2012. SellAnyCar.com was launched the following year.

As an occasional lecturer of entrepreneurship and e-commerce at the Canadian University of Dubai, Mr Yalcin says he saw students had plenty of ideas; they were “willing” but always had the “same excuses not to start”.

“I was in their shoes not too long ago. Ideas are part of a dream, of ‘maybe’ or ‘one day’, but we can bring those ideas to life in the show,” he says, adding that the programme is his way to “give back”.

As well as giving back, Mr Yalcin admits he is using Startup Hero to look for talent and, possibly, business ideas to invest in.

He is also using the YouTube channel to establish himself as a social media influencer. This is why he chooses to “show his face” rather than have Startup Hero “hide behind a brand”.

Mr Yalcin is not shy to show off his life on YouTube – hanging with Kendall Jenner and Rihanna, and arriving in a helicopter in the opening credits of the show. He would not be drawn on whether he had bought a Rolls-Royce for Kendall Jenner’s 21st birthday, as widely reported – but it can’t have harmed his social media following.

Social Blade estimates that Mr Yalcin earns Dh2,500 a month from the channel. But the channel is fledgling and, in any case, the most successful YouTubers do not make their money only from the platform.

Forbes says the highest earning YouTube stars collectively earned $70.5 million in the past year, an increase of 23 per cent on 2015. The highest paid star is Swedish gamer PewDiePie (real name Felix Kjellberg), who made an estimated $15m from books, videogames, a new community network and even his own socks line.

Internationally, some of the big YouTube business channels include This Week in Startups, from entrepreneur Jason Calacanis, which has almost 7 million video views and US seed accelerator Y Combinator, whose channel has reached 3 million video views.

Barbara Soltysinska, who founded and sold Life Tube, the biggest YouTube multichannel network in Central Europe, says YouTube has become such a source of information that it is a good place to talk about entrepreneurship.

But she warns that today, businesses have to ensure “extremely good production and content” if they want to make a success of the video site; it’s no longer good enough to produce amateur content to promote a business.

Ms Soltysinska has now cofounded Indahash, a platform connecting advertisers to digital influencers who can promote their products, primarily on Instagram. YouTube, she says, is “too complicated” for this.

The soil certainly seems fertile for Mr Yalcin’s show. The Mena region comes second only to the US in YouTube traffic worldwide, watching 310 million video views a day. And with 22,000 SMEs set up in Dubai just last year, according to the Department of Economic Development, now is most definitely the time for start-ups.

Despite its early demise, The Entrepreneur’s winner Loulou Khazen Baz used her Dh1m of winnings to launch freelance site Nabbesh.com. Perhaps there’s a new entrepreneur just waiting in the wings of Startup Hero. 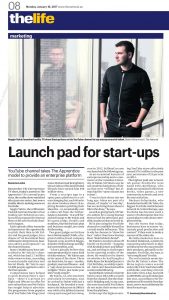