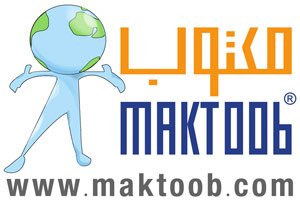 Published on September 2nd, 2009 | by SayginYalcin

Hope is often in short supply in the Middle East, but that may be quickly changing, at least for the region’s entrepreneurs. On August 25, Yahoo!, the Internet giant, announced that it will acquire Maktoob.com, the Middle East’s largest web portal and online community founded and operated in Jordan. As the very first acquisition of a Middle East-based technology company by an American technology giant, this is nothing short of a sea change for the region. Overnight it has bolstered the region with instant credibility and given its entrepreneurs reason to hope that they too can succeed in creating companies. The acquisition, in short, has fundamentally altered the technology landscape in the Middle East.

In a day and age when business in the Middle East has become synonymous with Dubai, this story’s genesis is found in the rocky crags of Jordan. Better known for Petra and the Dead Sea, Jordan has been the region’s leading base for technology startups. While Dubai may boast of an Internet City, more of the region’s startups were founded and operate in Jordan than anywhere else in the Middle East. This can be owed in large part to investments made by King Abdullah II in the technology sector. Amongst its peers, Jordan is the only Middle Eastern nation with a technology incubator and a fledgling technology ecosystem. Proverbially overnight, Samih Toukan, CEO and founder of Maktoob.com, and his team have accomplished what Jordan has spent the better part of a decade trying to do: garner international attention for its technology sector. This is nothing short of a coup; Jordan and the region’s entrepreneurs are now in the spotlight.

For Toukan the road to success has been considerably longer than overnight. He founded the company in 1997 when the Internet was still nascent in the Middle East. Originally founded as an Arabic online email service, over the past 12 years Maktoob.com (literally meaning “written” in Arabic) expanded into a full-fledged search portal and online community, providing a vast array of services ranging from matrimonials to local sports. By any measure Maktoob.com is the Middle East’s undisputed Internet leader, with over 16.5 million unique users.

It is not surprising then that Maktoob.com was the first regional Middle Eastern technology company to be acquired. However, what is surprising is that the acquisition happened now. If nothing else, the acquisition signifies that the Middle East has now for the first time become relevant in the eyes of American Internet giants, and with their attention, the region has become globally relevant for its technology-based entrepreneurship. This significance has not been lost on Toukan. For him the acquisition signifies that “it’s time to invest in the Arab world. The market is ready and has huge growth potential and there is good talent and brains out there and also good exits for your investments.”

Given the lack of initial public offerings (IPOs) as a viable exit (no technology company has ever gone public in the region), the acquisition will assuage investors’ concerns about exiting a technology investment in the Middle East. Emile Cubeisy, Managing Director of IV Holdings, a venture capital firm that invests in technology companies in the Middle East, says the acquisition “is an important milestone, in that it proves to Arab entrepreneurs that if you focus on building true value in your businesses, execute patiently and with professionalism, and go through the full stages of growth, real exit opportunities will emerge.” While IV Holdings is one of a handful of regional venture capital firms, American technology giants like Intel, Microsoft and Cisco began investing a while ago with other American investment firms slowly following their lead. Tiger Global, a US investment firm, was amongst the largest stakeholders of the company. Maktoob.com’s acquisition will now make it increasingly harder to ignore the 300 million audience that comprise the greater Middle East.

Maktoob.com’s accomplishment was not without its difficulties. In the typical investment cycle of technology startups, an investment lasts between five and seven years. For Maktoob.com, it took nearly twice as long. Throughout the region, nearly 13 years after the Internet was introduced, entrepreneurs still refer to the technology market as being in its infancy. Ahmad Humeid, perhaps the region’s earliest serial tech-entrepreneur, observes that regionally e-commerce activity and quality of Internet content remain “dismal” with Middle Eastern nations widely censoring the Internet, and the overall environment for technology companies remains bleak. Clearly, the Middle East has not done as well as other global technology hubs including Israel, Europe and Asia, all of which can point to billion dollar companies from their shores. It is rumored that Yahoo! acquired Maktoob for around $85 to $100 million. While this amount is significant for Jordan and the region given its small scale, it would not move the needle in Shanghai, London, or Tel Aviv.

Yet, Maktoob.com, with its widespread reach, did move the needle enough in Sunnyvale, Ca., for Yahoo! to move off the sidelines. The acquisition has done for Jordan and the region what AOL’s acquisition of Mirabilis, the maker of the chatting client ICQ, did for Israel nearly a decade earlier: it has provided vital lifeblood for technology based entrepreneurship. For all of Ahmad Humeid’s pessimism, he remarks that for him the acquisition “represents a real breakthrough. It sort of gives me a push to hold on to the dream of building something worthwhile on the ‘Arab Internet.'” Regionally, that type of hope is worth much more than whatever Yahoo! paid to acquire Maktoob.com.