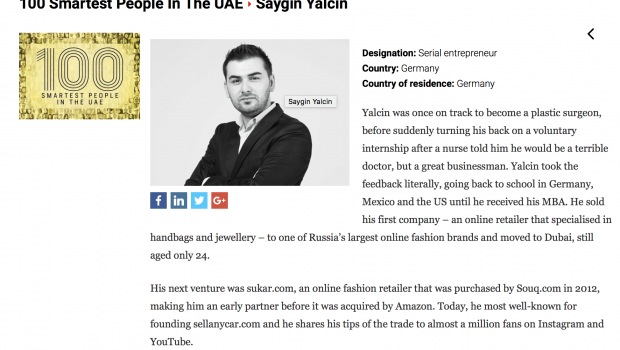 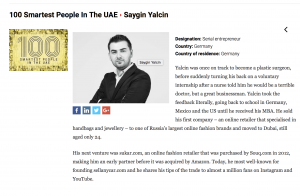 Yalcin was once on track to become a plastic surgeon, before suddenly turning his back on a voluntary internship after a nurse told him he would be a terrible doctor, but a great businessman. Yalcin took the feedback literally, going back to school in Germany, Mexico and the US until he received his MBA. He sold his first company – an online retailer that specialised in handbags and jewellery – to one of Russia’s largest online fashion brands and moved to Dubai, still aged only 24. 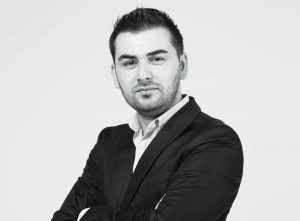 His next venture was sukar.com, an online fashion retailer that was purchased by Souq.com in 2012, making him an early partner before it was acquired by Amazon. Today, he most well-known for founding sellanycar.com and he shares his tips of the trade to almost a million fans on Instagram and YouTube.

The quick success has seen the German entrepreneur of Turkish descent awarded many accolades and inclusion in rankings of the top entrepreneurs in the Middle East. 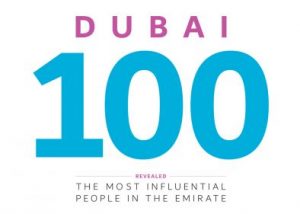 Early in his career, Yalcin worked for industry leaders such as BMW, L’Oreal and Capgemini. Eventually, Yalcin began working for Jabbar Internet and Souq.com Group, the largest online retailer in the Arab world.

He also has a popular YouTube channel with more than 200,000 subscribers, with videos offering advice about how to turn one’s ideas and dreams into a reality.