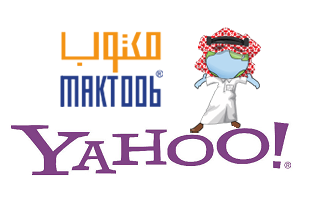 Yahoo has just officially acquired Maktoob, a very popular Arabic web portal that offers services including search, payments, social network, and auctions. Rumors of an aquisition have been building for months, and in the last hour they reached a head as news of an impending press conference broke. The price hasn’t been announced, but our sources say $85 million.

The MaktoobBusiness Twitter acccount notes that the deal will unite “Yahoo’s 20 million users from the Arab world with Maktoob’s 16 million”, with Vice President Ahmed Nassef stating that it will bring “a sea change in the industry.”

Up until now, Yahoo has held a weak presence in the Arab region, with no dedicated portal to speak of (though it still managed to attract millions of Arab users to its sites). The deal effectively gives Yahoo an instant foothold in the market. According to MaktoobBusiness, products will be cobranded with Yahoo and Maktoob, with the deal completing in the fourth quarter and new products rolling out next year.

However, the deal does not include a number of Maktoob’ products, including Souq (an eBay-like auction site), CashU (prepaid card payment system), Araby (search), and Tahadi MMO games. These will become part of Jabbar Internet Group, which we hear may be headed by one of Maktoob’s founders.

Maktoob launched in the late 90′s as the first free Arabic Email service provider. Since then it has grown to encompass a variety of services, including payments, gaming, search, and auctions. According to comScore, Maktoob has seen very impressive growth over the last year, growing from 6 million unique visitors in June 2008 to 21.8 million a year later. Likewise, its page views have grown from 406 million to 1.1 billion over the same time frame.

Update: Yahoo has now confirmed to acquisition on its blog:

We plan to join forces with the Maktoob team, the strongest in the region, to create locally relevant content, services, and programming. That’s no easy task when you consider the differences between countries like UAE, Jordan, Kuwait, Egypt and Saudi Arabia. But we’re committed to literally translating our winning formula for this growing market in many ways, including through locally-based editorial teams.

Initially, we’ll plan to introduce Arabic versions of Yahoo! Mail, Messenger, Search, and our homepage and then eventually local versions of properties like News, Sports, and Finance. We’ll also focus on creating content and services tailored to the region. No other global company has made this kind of investment in local relevance for the Arab world.