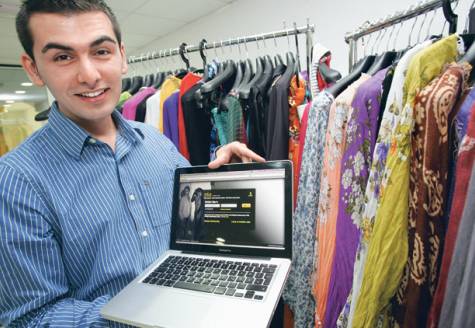 Mix the Middle East shopper’s penchant for luxury offerings with a buyer’s keen sense to get the best bargain, and chances are the promoters of a recently launched on-line shopping portal will have got off to a good start. The founder of sukar.com confirms as much.

The site made its first sale in April and has since netted a wide response. More than 50,000 have already subscribed to the invitation list and over a quarter of a million prospective shoppers have viewed the website.

“Our business plan when we first came here was very conservative, but all the interest has made us change and reconsider,” said Saygin Yalcin, who is also the CEO. “It works over here even better than in other countries because people value exclusivity.”

An online shopping club, sukar.com gives selected luxury shoppers exclusive access to heavily discounted fashion and lifestyle products in the form of flash sales. Yalcin has had experience working with a European investment team behind a similar online shopping club in Germany.

He now aims to use Dubai as his entry point to launch the concept in the Middle Eastern marketplace. And he has every reason to do so.

“This region comprises 10 per cent of the global luxury market for the GCC, so its very strong hub,” he said. “We’re looking to start here then move forward to cover the whole of the Middle East.”

Yalcin is combining his knowledge honed in an international marketplace with the unique local strengths brought in by Jabbar Internet Group, which is the group behind souk.com.

The business model, pioneered by France’s vente-privee.com, has proved a success.

Last year, vente-privee.com was ranked the No. 1 French non-specialist e-retailer for the number of pages viewed (1 billion pages per month) and the time spent on the site (avgerage 45 minutes per month per member).”

In Russia, where a similar concept was started 18 months ago, it has grown exponentially. Similar concepts in France, Russia, Germany, Switzerland, Mexico and Brazil are gaining ground and prestige.

The initial members selected for the regional offering will be opinion leaders in the lifestyle and fashion spaces. Each member is allowed to choose who they invite and will be credited $25 to their account for each successful addition.

Not open to everyone

“We don’t want to open the website to everyone as we don’t want to damage our brand partner’s reputation,” said Yalcin. “Everyone could see what we’re doing and offering and we wouldn’t want our members up against such competition during the flash sales.”

While membership growth will be controlled, sukar.com has not outlined a maximum number as of yet. According to Yalcin, the 50,000 people on their database is expected to grow by 50,000 a month.

“Even if only 3 to 5 per cent of the members buy products, that’s a lot of orders,” said Yalcin. The exclusivity of the site will appeal to the vanity of high-flyers.

Accredited members of the sukar.com site are alerted about a sale 24 hours before it commences, with each one lasting about 72 hours. With sales agreements with more than 400 brands, each flash sales will offer a range of lifestyle products in the mid to high ranges brands with discounts of up to 70 per cent.

After the first sales, Savgin Yalcin reports the concept is finding favour in its search for shoppers and, more pertinently, in completing sales.

“When we launched the website people already trusted us and we’re immediately buying.

“We’re making an average of a couple of thousands of dollars a day.”