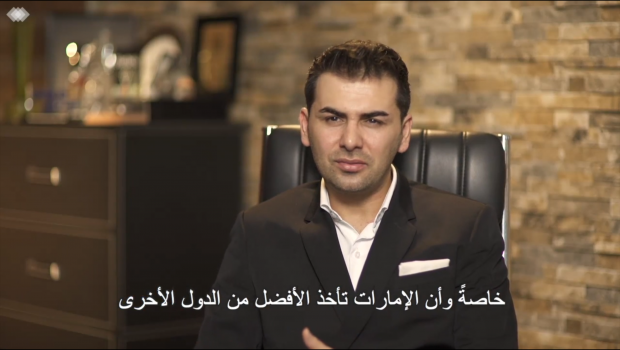 Published on February 12th, 2018 | by SayginYalcin

This is why I am proud to be in the UAE. Land of opportunities, land of inspiration.
Honored to be featured at the World Government Summit in Dubai in the presence of

The UAE has always served as a launching pad for trailblazing initiatives that positively impact the citizens’ lives, such as @souq, @careem, and @SellAnyCar, explained Lt. General HH @SaifBZayed during his session “The Land of Inspiration and Opportunities.” #WorldGovSummit pic.twitter.com/BsW1IX7AFV

“When a house is unified, the homeland is unified and as long as our home is unified, all challenges will be easily surpassed,” Sheikh Saif bin Zayed told an audience 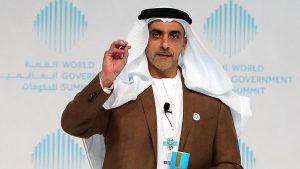 A global database for inspirational stories from around the world was launched by Sheikh Saif bin Zayed at the World Government Summit in Dubai on Sunday.

The Global Inspiration Platform – Zayed the Inspirer, www.zayedtheinspirer.ae, will serve as a source of inspiration for all humanity with the aim of driving success and creativity, he said.

“The late Sheikh Zayed visited countries in the 1950s and 1960s and he wanted to take this experience to the UAE,” said the Deputy Prime Minister and Minister of Interior during his talk on the ‘Land of Inspiration and Opportunities’.

“He did not have the capacity nor the funding to do it but he had the inspiration to do so. We are lucky to have reached this level and younger generations should see the extent of the potential they have and look forward to the future.”

He said the platform would be shared with the world.

“[It’s about] the success through which we can develop our own selves and the rest of the world through successful experiences, at a personal level or international level,” he said.

“We have not reached this level only though the leadership and positive citizenship but also through our vision to reach comprehensive straightforwardness.”

He showed the audience videos of successful local companies, owned by both Emiratis and expatriates, including Souq.com, Al Nasser Holdings, Careem and Sellanycar.com.

“I am convinced that successes do not happen separately but collectively due to efforts, interaction and positivity,” Sheikh Saif said. “When a house is unified, the homeland is unified and as long as our home is unified, all challenges will be easily surpassed.”

He said by educating and empowering youth in households, the first step is already achieved.

“We have to be industrious in our own efforts,” he said. “Success is a mix of inspiration, hard work and serious action.

“Today, we are being taught about positive energy but we also find this in an old Arabic saying which says ‘be optimistic and you will find this goodness on your own road’.”

He spoke about successful countries and cities, known for their achievements, such as Germany as the land of enlightened thoughts, the United States as the land of dreams, Canada the land of opportunity, India the land of wonders and Paris the city of lights.

“These titles have meanings in them and they are interlinked with reaching success,” he said.

“The most important [point] of that is that the human being is at the core – he took the opportunity and was able to transform challenges into opportunities.

“I have come to the conclusion that the UAE and the leadership is the land of inspiration.”

Sheikh Saif said the UAE’s leaders looked at the future as an opportunity and a challenge.

“The challenge starts as soon as you face it and change it into an opportunity,” he said.

“We believe God gave us the ability through learning and exploring the new, when it comes to space and Mars for example, Masdar and clean energy, the fourth Industrial Revolution, Artificial Intelligence and Expo 2020 – all these initiatives happened because of the inspiration of the leadership that became a beacon for everyone else.”

He said inspiration was part of the personality of Sheikh Khalifa bin Zayed, President of the UAE, Sheikh Mohammed bin Zayed, Crown Prince of Abu Dhabi and Deputy Supreme Commander of the UAE Armed Forces, and all the country’s leaders.

“They pass down this inspiration to us and we promise to make our very best to achieve [their] vision and policies,” he added.

“The UAE is the land of inspiration, as it also ranked number 1 globally throughout 2017 in a number of fields, including property rights between genders, preservation efforts, government decisions and government procurement of advanced technologies.”

When speaking of success, he showed pictures of a gazelle and a lion and quoted Sheikh Mohammed bin Rashid’s book My Vision.

“He says ‘Every morning in Africa, a gazelle wakes up, it knows it must outrun the fastest lion or it will be killed. Every morning in Africa, a lion wakes up, it knows it must run faster than the slowest gazelle, or it will starve. It doesn’t matter whether you’re the lion or a gazelle – when the sun comes up, you’d better be running’,” he said. “It is not important whether you are a lion or a gazelle, with every morning, you have to know you have to run to achieve success.”