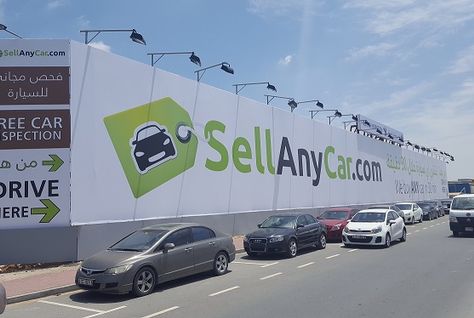 The Middle East’s first and largest car buying service is celebrating its third anniversary by announcing expansion to three new locations within the UAE.

SellAnyCar.com said in a statement that it is opening in Dalma Mall, Wahda Mall and Arabian Centre to add to the existing four locations in Abu Dhabi and Dubai.

The company’s boss also said he has ambitions to expand further across the Middle East region.

“We’re excited to celebrate this anniversary,” said founder and CEO Saygin Yalcin. “In our three years of business we have evaluated almost 2 million cars at a value of AED40 billion and SellAnyCar.com’s successful business model has made us the largest car buying service in the Middle East.”

He said that every minute a car is being evaluated by SellAnyCar.com, with an evaluation taking place every 15 seconds on its record days.

“Our vision is to be present within every country in the Middle East as everyone’s premium go to service for selling their cars, and I’m proud to say that in response to market demand we have extended our service throughout the United Arab Emirates to now include Dalma Mall, Wahda Mall and Arabian Centre.”

SellAnyCar.com offers car valuation, inspection and sale to its customers, regardless of make, model and condition and can process paperwork and authorise payment into the seller’s bank account within 30 minutes.

The company said its network of connected dealers establishes a fair market price for the car, and a sales offer is made to traders within 12 minutes.